Anyone who has camped in the backwoods understands that when you aren't on a steady well or municipal water supply, keeping clean is a trade-off sometimes.  Sure, you can take a shower if you are willing to pay at a truck stop or to stop at a managed park that has showers, but that isn't going to allow you any long-term independence living on public land.  What's the trade-off, you ask?  If you have good water, you are likely going to want to drink it or cook with it.  That means that you need to find ways of cleaning that use as little water as possible, or you risk needing to make a trip into town just to make a cup of tea.  However, as proper wandering woodstramps, we can't just get all smelly now can we?  What's a girl to do?

The following is a chronicle of some of our experiences and experiments with getting clean without using up a water supply on the road, in the backwoods and even at home while we get ourselves ready for life on the road.

The first question we always ask ourselves when trying to figure out a particular problem with independence on the grid and on wasteful practices is, "What did people do before this stuff came along?".  Most of the time, the answer to that question resolves the problem in the most satisfying and complete way of all (which is why we are converting our daily wear clothing to more full-coverage linen for warm-weather wear, for example, which is a topic for another article).  So, what did people do before they had plumbing and a water department?
The solution used by our forebears was this complicated device along with whatever rag, sponge or cloth. There were fancier versions out there with pedestal stands, matching pitchers, decoration and so forth, but it really comes down to the same thing.  The beauty of this solution is that a quite lovely steel basin can be purchased at a thrift store for very little, and it really does everything you need except providing a very convenient means of washing long hair.  We have washed up many nights by heating some water, filling a basin, moistening a washcloth and using the cloth for soaping up while splashing off with the basin.

If you have an outdoor location, privacy and nice weather, you can clean everything quite well this way, and I rather like it when the option is available.  The option isn't nearly so nice when you have a small space that needs a lot of cleanup after splashing water all over the place, or you don't have enough privacy outside to really make a mess.  In such a situation, I say there is no reason not to go with tradition if you prefer it, but have a towel about to tidy up the floor after.

In modern times, we have many examples of what we refer to as enabling technologies, if you know where to look.  Every now and then, such technologies are actually not prohibitively expensive.  One shining example of modern ingenuity is the plastic spray bottle!

A very reliable, high-end spray bottle can be obtained at a hardware store in the industrial cleaning supplies section for just over a dollar, and it makes a low-water bath ridiculously convenient.  The advantage is simple.  It takes the place of the basin and splashing.  You soap down the same way and then spray yourself with nice warm water from top to bottom, letting the water run down onto a towel you are standing on.  Sure you might miss and spray unfortunate spectators or items you didn't intend, but people shouldn't be watching you bathe, now should they?

The spray bottle method is much easier to get away with in a tight space where you don't want water everywhere, and you can actually measure how much water it took to get clean!  I can do my whole body besides my hair in less than 8 fluid oz.  For daily cleaning, this has become my go-to method indoors.  The basin has become more of a backpacking and shaving thing.

Some Methods We Haven't Liked So Much

The following are methods that are modern and quite useful in some situations, but they also have drawbacks that have relegated them to the dustbin in our lives.
First is "wetwipes" or "baby wipes".  You can do some basic washing of the most essential areas quite effectively with that sort of product, but even though they make fine tinder, depending on the brand, they are ultimately wasteful.  They cannot be made except by a large modern company (which always makes us twitch anyway), but worse than that, they are single-use.  We do our best to reject single-use items whenever possible.  Even worse still, we have never really felt clean after using them.  They work very well for some others, but the method isn't for us except for emergencies.
The other method we tried was the product called No Rinse Body Bath.  It takes a quart of water (to mix the concentrate) in order to wash the whole body, using a basin.  No splashing is needed, and you towel it off directly instead of rinsing.  You would think we'd love such a product except that we have found that we can use less water by carefully washing with a basin or spray bottle and our mint Dr. Bronner's soap that we tend to like.  While using a bit more water in exchange for zero splashiness at all might seem like a good deal, there is a smell problem.  No Rinse smells kind of like a baby wipe mixed with a dryer sheet.  We'd rather go with something that smells like straight mint oil and hemp any day.  If the sort of perfume I described appeals to you, I can say that the product did an amazing job cleaning even my feet that were caked with dirt when I tested it.  I'd just assume use the other stuff, though.  I also am not 100% sure that No Rinse will biodegrade as efficiently as a simple soap will.

What About the Streams and Rivers?

Bathing in streams and rivers is all good as long as you aren't planning on using soap and, during some parts of the year, are ready to treat for hypothermia.  Even the most natural, biodegradable, practically rotting-in-your-hands soap isn't going to biodegrade in a waterway until it settles out of solution on surfaces.  Such things should be disposed of on the ground a good 250 feet from a waterway (there are actual regulations on that in many places--especially public lands) or down a dump station at a campground. In smaller amounts, it could even go down a toilet.  The point is that we want to be responsible residents of the woods who are not regarded as a problem by local rangers or fish and game officers.  Having seen ponds and streams that were loaded with detergents, even the modern ones that biodegrade eventually, we'd rather not be part of that problem. 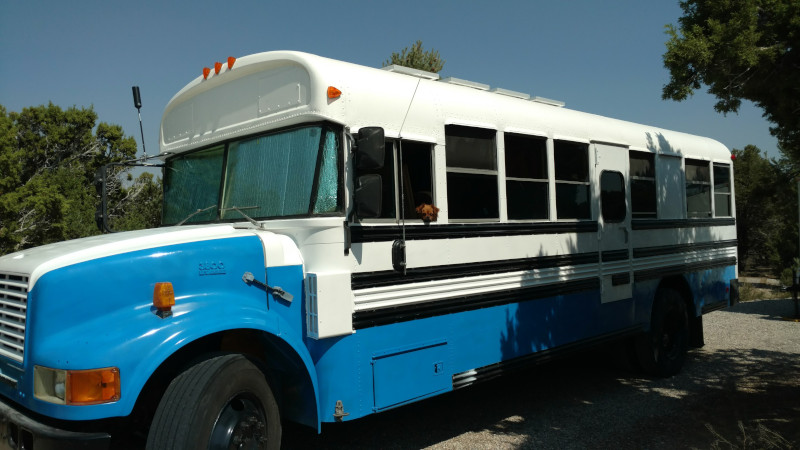 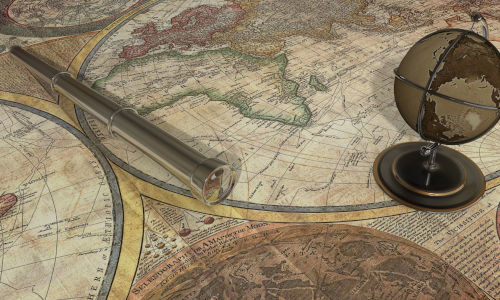 We are finally moved out of our apartment and into our little cargo trailer!  We cannot possibly express how much work went into this.  We didn’t own much (o...